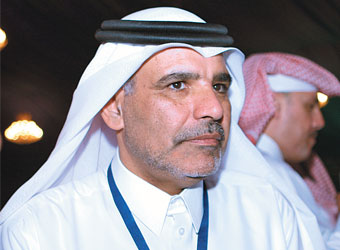 Doha, February 17 (QNA) – The Qatar Electricity and Water Company General Assembly in its meeting this evening adopted the recommendation of the Board of Directors to distribute cash dividends to shareholders for fiscal year 2014 by 75 percent of the nominal value of each share, following the approval of the financial results of the Company and ended in 2014 end.

Fahad Hamad Al Mohannadi, General Manager and Managing Director, Qatar Electricity and Water Company said : “The company managed in 25 years of its foundation to make a lot of achievements and successes and to reach the highest levels of performance where it had managed to provide electricity and desalinated water to all areas of use in accordance with international standards of performance and contributed effectively in supporting the national economy in light of the environmental, social and economic requirements and the needs of the Qatar General Electricity and Water. “(QNA)