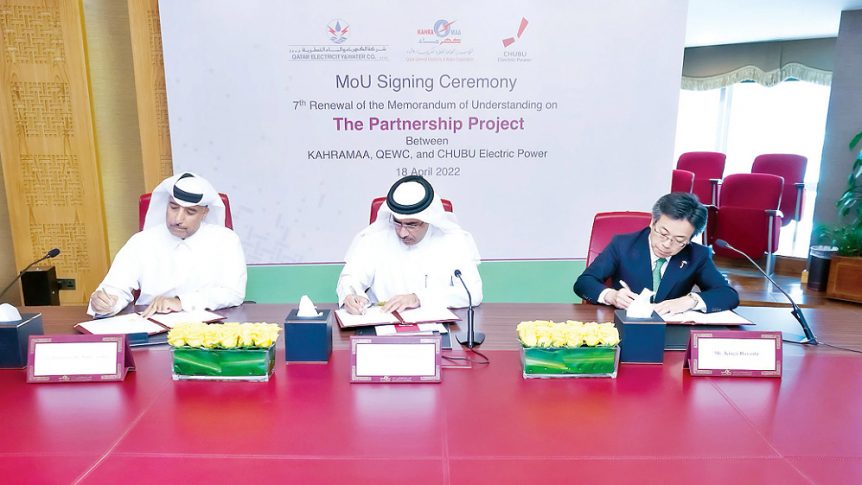 The Qatar General Electricity and Water Corporation (Kahramaa) and Qatar Electricity and Water Company (QEWC) have renewed their partnership with Japanese company Chubu Electric Power Company for co-operation in the electricity sector. According to an official Kahramaa statement, the memorandum of understanding for the partnership was renewed between the Qatari parties and the Japanese company during a signing ceremony, held at Kahramaa headquarters. 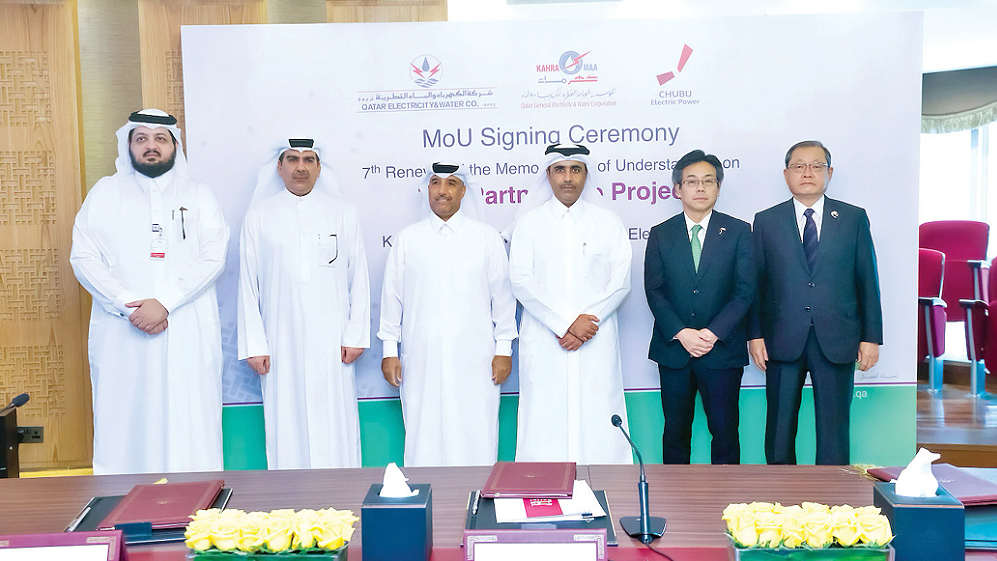 Al-Kuwari praised the continuation of the co-operation between the Qatari parties and the Japanese company. “Our partnership with Chubu Electric Power extends for 15 years and we are pleased to continue this fruitful co-operation and valuable partnership that will benefit the Qatari electric power sector,” al-Kuwari noted, adding that the ongoing partnership comes in the context of the continuous efforts to support the Qatari electrical infrastructure with the latest systems and modern technology in order to upgrade the level of services provided and complete the process of a comprehensive digital transition to achieve global leadership at all levels for Qatar.
Al-Hajri noted that the seventh renewal of the memorandum of understanding demonstrates the strength of the relationship of QEWC and Kahramaa with Chubu. He stressed the importance of co-operation at the level of exchanging experiences in the fields of environmental protection, safety management and maintenance of quality in addition to developing Qatari human resources through mutual visits between the two parties.
The work will focus on further developing the field of substations, as well as the development and education projects in the field of human resources. The two parties will also activate several joint projects in safety management and customer service. These are in addition to works related to the pioneering smart meter project implemented by Kahramaa. The work will continue through two work teams, one of which is related to energy systems and the other for energy generation. The works related to energy systems will be carried jointly by Kahramaa and Chubu, while QEWC and Chubu will carry works related to power generation. The partnership has supported the continuous development for the benefit of the national economy.
Chubu is one of the first buyers of Qatari liquefied natural gas as the company’s first shipment was supplied in 1997.