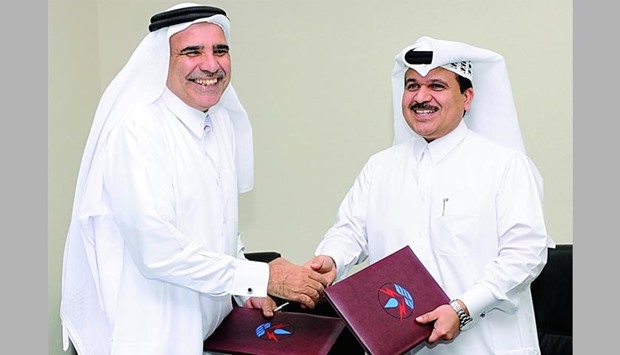 The acquisition is expected to be completed in January 2016.

Phoenix Power Company owns the Sur Integrated Power Plant in Oman, while Phoenix Operating and Maintenance Company carries out the operation and maintenance activities of the plant.

QEWC general manager and managing director Fahad bin Hamad al-Mohannadi and CEO of Nebras Power Khalid M Jolo were present at a meeting on Wednesday where the agreement was announced.

Phoenix Power Company owns the 2,000mw Sur Integrated Power Plant, which is the largest in Oman and has 28% of the total installed capacity for electricity connection in the Sultanate.

Phoenix Power Company started commercial operations of its plant in December 2014 and it is selling electricity generated for Oman Power and Water Plant through a long-term power purchase agreement, which is expiring in 2029.

The other project partners in Phoenix Power are Marubeni Corporation, Chubu Electric and Multitech Company.

Speaking about the acquisition, al-Mohannadi said, “The Sur Power Project will be a qualitative addition to Nebras Power through which QEWC is seeking to expand its international investments while QEWC would focus on investments in power generation and water desalination projects in the Qatari project”.

While thanking the QEWC for the transaction, Jolo said Nebras Power was proud of its achievement, which contributed to the expansion of its commercial activities, strengthening its financial income as well as supporting its strategic plan in development and becoming a global leader in the power sector.

He said Oman is one of the countries that Nebras Power is looking to expand its investments in future.

Nebras Power Company was established in 2014 as a Qatari joint stock company by QEWC (60%) Qatar Petroleum International Limited (QPIL, 20%) and Qatar Holding (20%).
Its paid up capital is QR 3.6bn.