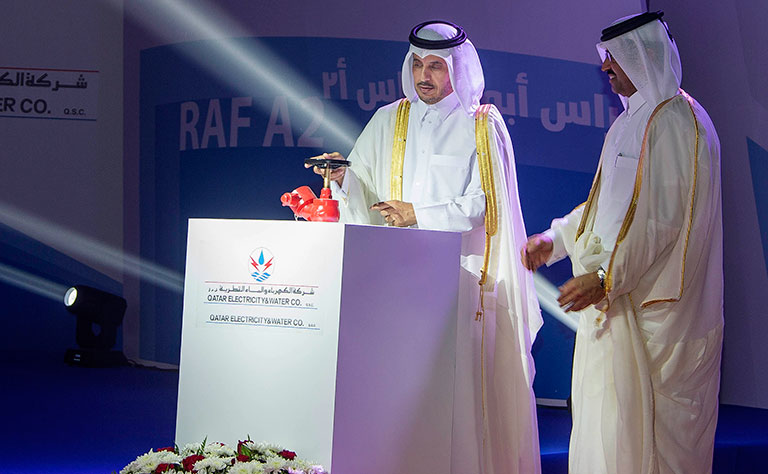 A number of Their Excellencies the ministers attended the ceremony along with businessmen and country guests.

HE the premier toured the plant and listened to a briefing on the production mechanism of the plants and phases of the development of the project and its contribution to the production capacity of water that keeps pace with the state’s economic and urban renaissance.

In addition, HE the premier visited the control and management building and reviewed the work mechanism, operation equipment, systems and modern programs that take into account the highest standards in terms of safety, security and environment conservation. (QNA)