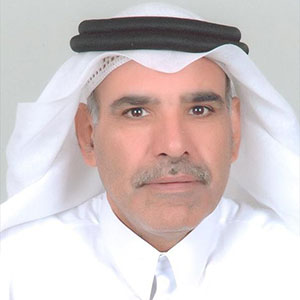 GENERAL Manager and Managing Director of Qatar Electricity and Water Company (QEWC) Fahad Hamad al Mohannadi said that the company is working on completing its local projects at an accelerated pace and in accordance with the specified timetables.
About 93 percent of the Umm Al Houl power plant, which is due to be officially opened after next summer, has been completed, he said, adding that it is currently producing 60 percent of its electricity capacity and 60 percent of its water capacity.
In a statement on the sidelines of a ceremony held by the Japanese Chubu Electric Power Company on the occasion of the 10th anniversary of the opening of its office in Doha, Mohannadi said that Umm Al Houl power station supports the State’s consumption of water and electricity and adds about 25 percent to the available installed capacity. After completion of the plant, it will be one of the largest power and desalination plants in the Gulf and Middle East region, especially for its Reverse Osmosis System, and will produce 60 million gallons, he added.
Regarding solar projects, Mohannadi pointed out that investing in solar energy is one of Qatar’s goals, and gains global importance, as technology to benefit from this energy is available and at reasonable prices. He also announced that a land was allocated by the Council of Ministers for a plant to be built on, adding that this land will be sufficient for the production of 500 to 700 megawatts of electricity.
The tender for this project will be issued by the middle of next year, he said, adding that first phase will be completed within 18 months and will be operated by the end of 2019, ahead of the scheduled date by HH the Emir Sheikh Tamim bin Hamad al Thani. By the middle of 2020 the plant will be fully operated, he said.
About Facility E Project, he pointed out that the project will be located in Ras Rukn and will be completed in 2020 to keep pace with the demand for electricity and water.
On the company’s overseas projects, Mohannadi said that Nebras Power plant is the largest investor in the electricity sector outside Qatar of which QEWC owns 60 percent and Qatar Investment Authority owns 40 percent.
Nebras, he said, owns 35 percent of Dayton Station in Indonesia, and has several plants in Jordan and Oman. The company is looking for other opportunities in Indonesia, Pakistan and Morocco, he pointed out, adding that there are several opportunities for Nebras where the cooperation is very much with the Japanese side, as most of its overseas partners are Japanese, either Mitsubishi, Marubeni or Chubu which its name was changed to Jera.
Mohannadi stressed that cooperation with Japanese companies and banks is great and the relations are very fruitful for both sides, noting that Japan is the biggest buyer of Qatari LNG and the largest investor with the company outside Qatar and in Japan, which confirms the strong ties with the Japanese companies.
He noted Japanese JIBC Bank support for the company’s projects by at least 50 percent, pointing out that the bank considers Qatari investment as a safe investment, whether in Qatar or in any country.
He also emphasised that the unjust siege imposed on Qatar did not affect the company’s projects and will never affect them in the future.
With regard to the Gulf electric connection, Muhannadi said that it is called the safe link, which is for the use in case of necessity, adding as Qatar has been committed to supply some of the siege countries with gas, it is also committed to supply them with electricity.
The President of Japan’s Chubu Electric Power Company Satoru Katsuno, for his part, stressed that the long-term relations between Japan and Qatar are in favour of establishing more partnerships and business between the two countries, maintaining the existing relationship and moving it to a wider economic horizon.
He told reporters on the sidelines of the ceremony that Chubu is the first Japanese company to buy the Qatari LNG, and it has relations with Qatar for more than 20 years, adding that during this period, strong business relations were established, as the company worked on many projects in Doha.
Katsuno expressed the company’s desire to strengthen ties with Qatar by entering into many of the infrastructure projects that are being implemented, based on the excellent relations between the two countries which developed through the LNG agreements between the two countries, especially since Japan’s Chubu Electric Power Company was the first buyer of the Qatari LNG in the world, it received the first shipment in January 1997. He also confirmed the company’s continued demand for liquefied natural gas from Qatar.
He pointed out that the company has been developing many facilities in Qatar in projects related to electric power, water and solar energy, stressing that the company’s business in Qatar was not affected by the unjust siege.
The top official said that the opening of the Japanese Chubu office in Qatar is a window to strengthen trade relations between the two sides, where Chubu aims to promote the entry into more projects in Qatar in the future, especially as the company has strong working relationships, agreements and joint ventures with Qatar General Electricity and Water Corporation (Kahramaa) and Qatar Electricity And Water Co.