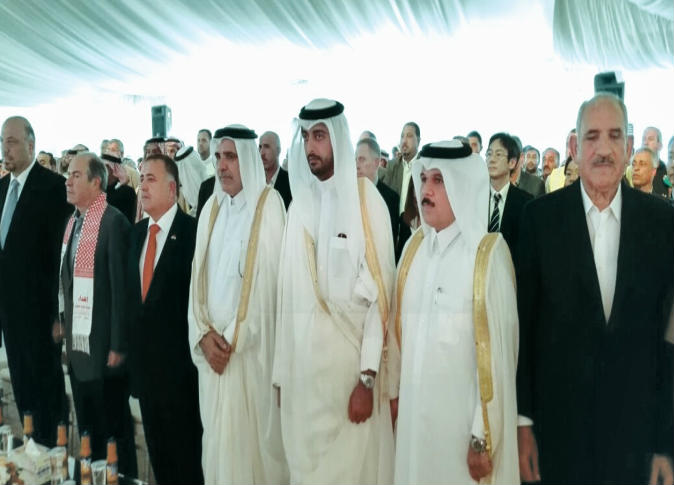 Nebras Power, a subsidiary of Qatar Electricity and Water Company (QEWC) with a paid up capital of $1bn, yesterday said its consortium has operationalised the Shams Ma’an solar power project in Jordan, ahead of schedule.The project, which started commercial operation in September 2016, will sell electricity to National Electric Power Company (Nepco) in Jordan under a 20-year power purchase agreement (PPA) signed between the project company and Nepco.

The official launch of the power plant took place under the patronage of King Abdullah II bin al- Hussein in the presence of Dr Hani al-Mulki, Prime Minister, and a number of ministers, senior officials and notables of Ma’ancity.Shams Ma’an solar power plant has been constructed in Ma’an city, about 220km southwest of the Jordanian capital Amman. It is the largest photovoltaic solar power plant in the Middle East in commercial operation. Plant capacity is 52.5 MW, and at the moment generates more than 30% of the electricity generated using solar energy in Jordan. This percentage will reach about 16% of the total electricity generated using solar energy after the completion of the second phase of solar projects under construction in Jordan.

“While projections indicate that demand for energy will rapidly increase in the coming years, we are confident that renewable energy which environmental friendly will play an important role in satisfying this demand, particularly in countries having rapid growth in energy demand,” said Fahad bin Hamad al-Mohannadi, chairman of Nebras Power, which is 60% owned by QEWC and the remaining 20% each owned by Qatar Petroleum and Qatar Holding.

The potential that renewable energy provides, qualifies it to be one of the basic components of the energy mix in countries that have scares quantities of conventional fuels, according to him.

“This step comes in line with the long-term strategy to enforce and expand Nebras Power’s international presence by developing a balanced portfolio which includes assets working with different types of fuel including environmental friendly projects,” Khalid Jolo, chief executive officer of Nebras Power, said, reaffirming its commitment to expand its investments. The importance of this plant is not only in supplying the electrical power to the Jordanian grid, but also emphasising the key role that renewable energy can take, especially solar, in the development of the country, he said.

Faisal al-Siddiqi, director of Business Development, said the completion of the construction of Shams Ma’an solar power plan underlines the determination of Jordan to reduce its dependence on conventional fuels, and its orientation to the use of renewable energy, and to move towards low-carbon emission development.

Established in 2014 as a Qatari joint stock company, Nebras Power invests internationally in new and existing projects and through acquisitions of power generation and water desalination and/or treatment projects, cooling and heating projects. It also invests in liquefied natural gas facilities and fuel loading and unloading facilities related to power plant projects.