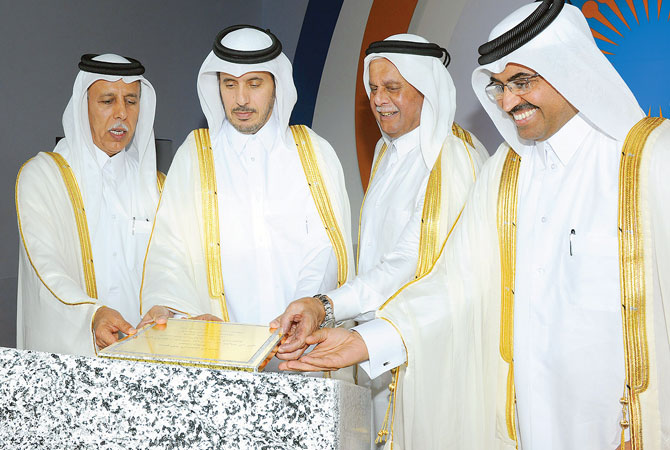 Dubbed as one of the largest power and water projects in the region, it will have a production capacity of 2,520 megawatts of electricity and 136 million gallons of drinking water per day.

The project, which will be a partnership between Kahramaa, Qatar Petroleum and Japanese firms Mitsubishi and TEPCO, will help meet the rising power and water demand and will cover the upcoming economic zones.

Minister of Energy and Industry HE Mohammed bin Saleh al Sada said national companies will execute at least 30 percent of the project work.

He said the project is expected to be completed in two phases.

“The first phase will be completed by the second quarter of 2017, with a production of 40 million gallons of water a day. The project will reach full capacity in the third quarter of 2018,” Sada said.

Once completed, Umm Al Houl project will increase the country’s current electricity output by 22 percent and water output by 25 percent.

Sada said Umm Al Houl was chosen for the project due to availability of water and gas pipelines as well as low salinity of the water.

He said the project is part of Qatar National Vision 2030.