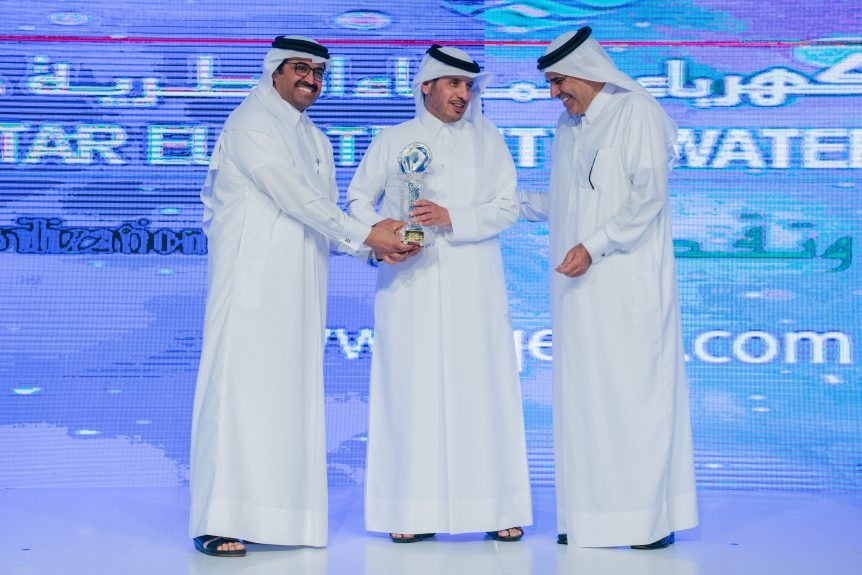 Increase of this additional production capacity will help RAF to cover around 60 percent of the country water requirement.

Speaking at the ceremony, Minister of Energy and Industry and Chairman of Qatar Electricity and Water Company (QEWC) H E Dr Mohammed bin Saleh Al Sada said the project represents a leap in the quality of water production using Reverse Osmosis (RO) technology, which is distinguished by its low cost and complete independence from the electricity generation process.

The Minister added that RO is environmentally friendly since it has no heat effect on sea water as oppose to the tradition process of water production, thermal distillers, the Minister added.

This is the first project in Qatar where Reverse Osmosis technology is being used for water desalination on this large scale.

The project also paid attention to using the highest global standards of safety and security, where the more than 2,000 labours and employees covered nearly 8 million hours of work with no accidents, the Minister added. Following the directives of Emir H H Sheikh Tamim bin Hamad Al Thani, and in correspondence with the goals of Qatar National Vision 2030, the governments always works towards securing the necessities of sustainable development in line with the rapid growth witnessed in the country, the Minister added.

Dr Al Sada said the opening and operation of the RAF A3 station in the given time and within the expected budget confirms QEWC’s role in contributing in achieving water security in the country.

He added that the ministry works on supporting and developing the water and electricity sectors by encouraging the involvement of the private sector; through establishing electricity generation and water desalination projects to provide the needs of economic developments and infrastructure in the country, and to keep up with the growing demand of water and electricity.