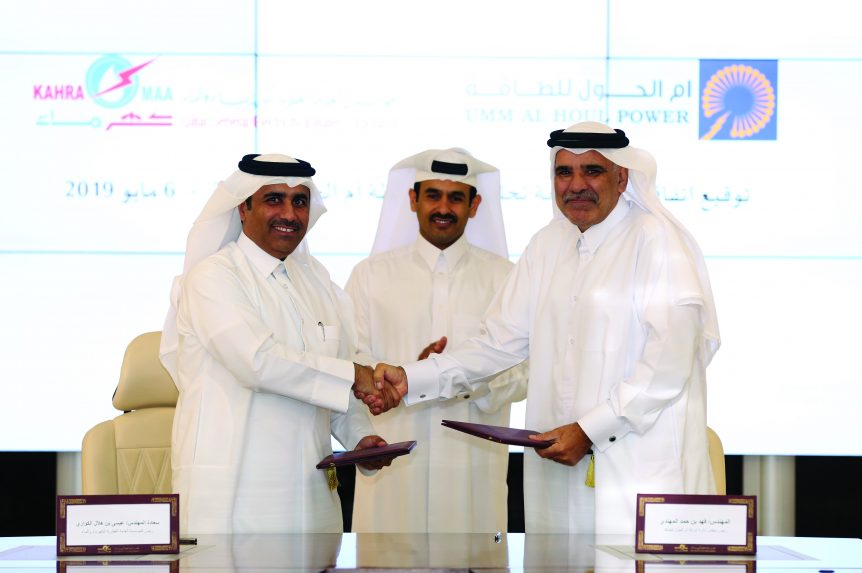 Tribune News Network – Doha – The General Electricity and Water Corporation (Kahramaa) and Umm Al Houl Power Company has signed an amendment to their agreement on the provision of electricity and water. The amendment will increase water desalination capacity by 61.5 million gallons per day (about 280,000 cubic metres), which enhances Kahramaa’s capabilities for a sustainable supply of high quality water and electricity in Qatar.

Under the agreement, Umm Al Houl will build and operate an expansion to the existing plant that would raise its overall capacity to 198 million gallons of water per day by 2021. The expansion will use the new reverse osmosis technology, which will improve production efficiency and reduce the use of gas in production systems. Umm Al Houl Power will act as the project’s developer, while Samsung will be the main contractor and Acciona will be the supplier and sub-contractor. 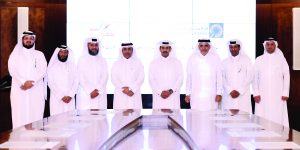 Welcoming the move, Minister of State for Energy Affairs HE Saad Sherida al Kaabi said, “This agreement with Umm Al Houl Power is a continuation of Kahramaa’s efforts to secure the country’s water and electricity needs in support of the growth of the national economy and the requirements of the comprehensive and sustainable development witnessed by Qatar under the wise directives and leadership of the Amir HH Sheikh Tamim bin Hamad al Thani.”

This also comes as an affirmation of our environmental commitment to using state -of-the- art desalination technology such as reverse osmosis.”

Umm Al Houl plant generates 2,520 megawatt of electricity and 136.5mn gallons of drinking water per day, 60 million of which is desalinated using reverse osmosis and 76.5 is using multiple-stage flash technology. The plant is considered as one of the largest in the Middle East, and one of the most environmentally friendly. It provides 30 percent of total Qatar’s electricity needs and 40 percent of its water needs.