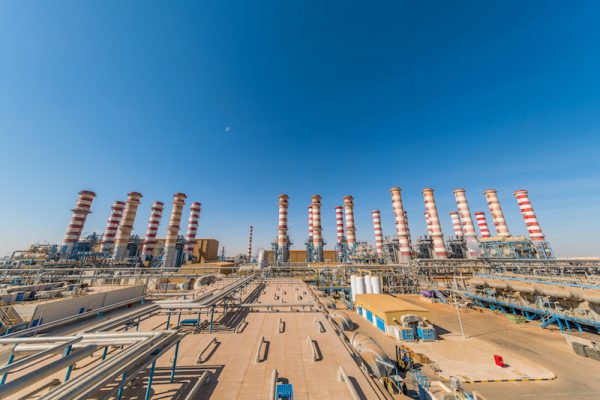 The ongoing expansion of Ras Abu Fontas A3 (RAF A3) Project on the southern side of Doha is expected to be completed this quarter, it was reported at the Annual General Meeting of the Qatar General Electricity and Water Company (QEWC) yesterday.
With the completion of the expansion, the plant would be able to generate 36mgd (million gallons a day) of potable water.
The whole expansion costs approximately QR1.75bn.

The first phase of the expansion was completed in the third quarter of 2016 and the plant has been supplying 22mgd of potable water.

The plant is using Reverse Osmosis technology for water desalination.

It was also reported yesterday that more than 75% of the work of the 2,520MW Umm Al Houl Power Plant in the Qatar Economic Zone on the southern side of Wakrah has been complete.

Phase one of the massive project is expected to be complete by the middle of next month and approximately 40mgd of desalinated water would be generated from its facilities.

In the second phase, about 60mgd would be generated, and in the final phase, expected to be complete by July 2018, would see the water production rise to approximately 136mgd. This would be the equivalent of nearly 25% of the water capacity of the entire country.

When the phase one of the plant is complete, it would be able to generate 1,612MW of electricity out of the total capacity of 2,520MW.

Besides QEWC (60%), the other stake holders of the plant are Qatar Petroleum (5%), Qatar Foundation (5%) and a consortium of Mitsubishi Corp and TEPCO, both of Japan (30%).